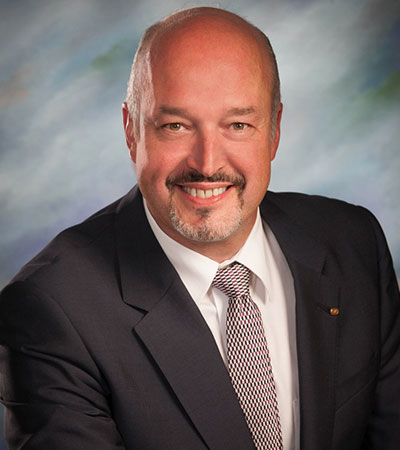 Ken started Petersen Consulting in 1991. Over the years he has focused on developing his management consulting expertise to become a trusted adviser to his clients.

The practice provides management consulting in a variety of industries specializing in natural resources, negotiations, business and strategic planning and joint ventures. He has been a champion of integrating First Nations into the mainstream economy and creating lasting and meaningful relationships between Industry and Aboriginal communities.

Over the years he has completed several hundred business plans and studies around the world in a variety of industries, including mining, forestry, tourism, energy and Aboriginal economic development. He has successfully negotiated over one hundred joint venture agreements and works with his clients to maintain relationships and manage execution. He has written expert reports, rebutted expert testimony and testified in court for matters facing the Ontario court.

He has worked on dozens of projects negotiating Impact Benefit Agreements / Participation / Exploration Agreements between industry and First Nations.

Ken has been a Project Advisor since 2000 with the Queen’s School of Business, now the Smith School of Business,  including the following programs: Executive MBA, Masters of International Business, and several courses in the joint Queens Cornell MBA Program – Executive MBA Americas. Ken has also worked as a Third Party Evaluator for the Department of Indian Affairs in Ontario and Nationally. He has taught executive education in the classroom and delivered post-secondary diploma programs in remote first nation communities.

Ken graduated with a Bachelor of Arts Degree of Economics and graduate studies in international business from Carleton University. He is a Certified Management Consultant and a Registered Practitioner in Dispute Resolution from the Canadian International Institute of Applied Negotiation.   He completed his MBA from the Queen’s School of Business in 2000. In May 2003, he was appointed as an Honorary Geoscientist by the Association of Professional Geoscientists of Ontario for providing exceptional service to the profession of geoscience in Ontario.

He served seven years on the Timmins Economic Development Corporation and was President from 1997-2000. In August 2000, he joined the First Council of the Association of Professional Geoscientists of Ontario and served until June 2006. In September 2000 he was elected for a three year term to the Council of the Institute of Certified Management Consultants of Ontario and served the role of Vice President and Treasurer. In 2003 he was elected to the Board of Directors of the Timmins Chamber of Commerce, and served as President in 2006/07. In 2005, he was elected as a director with Leo Alarie and Sons Limited and served until 2007. From 2006 to 2009 he was a board member to Northern Ontario Enterprise Gateway.  He sat on the Abitibi River Forest Management Inc. in various roles as a director and community representative from 2015 through 2022.

Before arriving in Timmins in 1991 he worked abroad in London, England at Harrods in the business department and then later in Copenhagen, Denmark as an International Personnel Consultant for Novo Nordisk A/S.

This webpage developed with assistance by NEOnet Inc.